❤Welcome to PPPPA ❤I hope you get what you love. Do my best to serve you. If you have any questions, please let us know by email. We will reply to our store within 24 hours and provide a refund or refund service for all products sold. ❤Dear customers, thank you for your attention and support. I wish you a pleasant shopping! ❤In order to ensure that you can actually see the goods, 100% of all the goods are taken in kind to ensure that the goods you buy are the same as the pictures. (Please note that there is a certain color difference between the pictures taken and the colours stored in the objects, which is a normal phenomenon.) ❤If you have any comments about us, please contact us via email and we will listen to your comments. 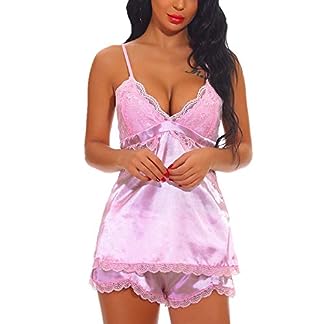 You're viewing: PPPPA Women Sleepwear Sexy Lingerie Set Lace Silky Satin Cami Vest and Elastic Knickers Pajamas Shorts Women Sexy Lingerie Floral Lace Shorts Set Pajama Set Nightwear Lady Sexy Casual £10.16 (as of July 12, 2020, 1:14 pm)
Add to cart
We use cookies on our website to give you the most relevant experience by remembering your preferences and repeat visits. By clicking “Accept”, you consent to the use of ALL the cookies.
Cookie settingsACCEPT
Manage consent