Features:
1. This set of underwear is very delicate, it will make you look very sexy.
2. Serve as a nightwear and also a stimulative sex kit for sexual life of couples.
3. It is a good gift for your lover, family and your friend
4. Delicate Lingerie very nice.Believe that you will like it
Product information:
Season:Four Season
Gender:Women
Occasion:Sexy
Material:Spandex,Lace
Style:Casual,Sexy
How to wash:Hand wash Cold
What you get:1 set sexy underwear
Please note that slight color difference should be acceptable due to the light and screen. 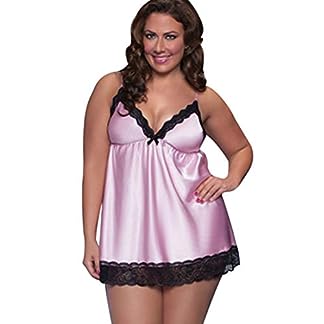 You're viewing: Festiday Lace Sleepwear, 2019 Ladies Underwear Sexy Plus Size Sexy Lace Sleepwear Lingerie Temptation Babydoll Underwear Nightdress £2.59 (as of July 12, 2020, 10:59 am)
Add to basket
We use cookies on our website to give you the most relevant experience by remembering your preferences and repeat visits. By clicking “Accept All”, you consent to the use of ALL the cookies. However, you may visit "Cookie Settings" to provide a controlled consent.
Cookie SettingsAccept All
Manage consent